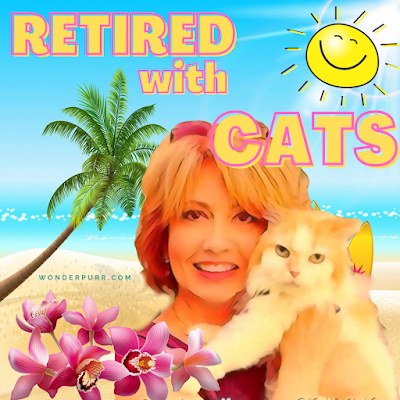 Hi everyone, this is Kim. I know most of you will be dissy-pointed (as Dori would say), but I just couldn’t get her to focus this week to write Part 3. Dori has been in competition with Rabbit to see who can catch the most tiny black frogs that slip into our pool lanai – so far the score is Dori 4, Rabbit 1. And she’s been flirting with her dragon boyfriend in my office window. 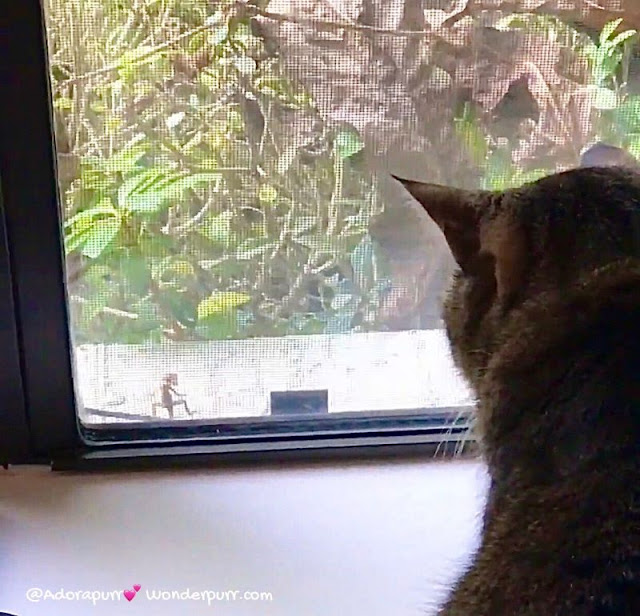 Also, she’s decided that Jesse the Toothless Wonder needs to GO. Every chance she gets she gives him hell to the point where the poor guy is backed into a corner, screaming for help. In fact, twice now Dori has been sent to an early bedtime in my office with Rabbit, as she comes alive during the night to harass poor Jesse. He’s tried to tell her he’s been a member of our family since 2009. He’s a former member of the Garage Band. He’s also the son of Peaches and the brother of Jack, but Dori doesn’t recognize him, and therefore he’s got to GO. Methinks my darling Dori is transforming into an AssBunny. So this week’s post will be written by me. That makes sense too, because from this point in the story Dori was asleep inside a travel tent.

After saying goodbye to our beloved neighbors, Ray and I loaded the vans, not only with cats, but with odds and ends that couldn’t fit into the U-Haul truck. I refused to leave our home in any less than move-in-ready for the new family. By the time we finished, Ray and I were hot, sweaty and majorly stressed. I didn’t have time to shower, and I couldn’t find my friggin’ toothbrush. Atlanta was five and a half hours away, and we were destined to hit it after dark.

Did I mention we both have night blindness?

From the beginning when Ray gave me a heads up about retiring to Florida, I had one concern: moving my cats. I’ve moved a herd of cats before, from Jacksonville to Kentucky with wire cages that I’d had commissioned to hold 3 to 4 including litter box. I used those same cages when I again moved from Kentucky to Pensacola, and from Pensacola to Southaven. Yes, I truly am a cat magnet. This move, however, was different. I would not have storage for those large cages in our new home, so I sold them on Facebook to a woman about to start breeding bunnies. Like the world needs more rabbits, right? I then bought Necoichi Portable Stress Free Cat Cages from Chewy that seemed like the perfect solution for a long distance move. Unfortunately, they were far from perfect.

I had everyone except Frank in the cages, ready to be loaded into the vans, when suddenly Dori’s dad, Nikolas, one of my Garage Band, was free, running amok with his black tail high in the air. Nik thought it glorious fun to lead me on a chase throughout the house, especially since he is not indoor cat material thanks to his tomcat desire to soak whatever strikes his fancy. My knees and back were screaming by the time I got him back in the cage. That’s when I discovered the zippers were cheap Chinese plastic sh*t that split easily under the duress of a single claw. Ideal for transporting cats, right? I found one safety pin in my purse and used that to secure the zipper. As a couple other carriers predicted zipper splits, I flipped those cages zipper-side down to avoid any escapes inside the vans.

After driving from Southaven to Palm Coast numerous times over the past year, I knew the trip would be stressful for the Wonderpurr Gang. Let’s be honest, I don’t adopt easy housecats. I take the hard cases. Every one of them has quirks that can cause blood pressure to go from zero to sixty. Even Herman and Dori, and Frank, and sweet Chauncie Marie. I made a list of who I would take, and who Ray would take. I gave Ray the Garage Band, knowing they were pretty chill. I took Rabbit, knowing he would be hoarse from bleating like a goat by the time we hit Alabama. I also took Frank, who has chronic motion sickness. I cannot recall who else I took. I’m pretty sure I blacked out with stress amnesia.

The only one not caged for the trip was Frank. God love him, he’s a mess just going 5 minutes down the road to the vet. I knew this trip would virtually kill him, so I bought Cerenia. I gave it to him in the morning, but didn’t have a chance to give him a second dose. The cats had had a minimal breakfast. I’d thought we were leaving around 11 a.m. Not 2:30 in the afternoon with the barometer cresting at 98 degrees coupled with a humidity factor of eleventy-zillion. I tarped the area between my driver’s seat and the start of the cages. I gave Frank a litter box and a bowl of water, and prayed the medication would make him sleep.

There wasn’t time for one final trip down Memory Lane in a house that had been home for 14 years. We loaded the cats, water, Peanut Butter and Jelly sandwiches, and headed out. I do not recall anything more than seeing the Haley boys playing football on their front lawn. My Precious Cargo was already singing the song of their people accompanied by Frank hurling into his litter box.

We were an hour and a half down the road, just outside Tupelo, when I had to deal with Frank. At one point he’d climbed into the front seat, his face lathered with drool and sweat, and yelled at the passing cars. I’d tried to wipe his face best I could with a spare tissue, but was left with a smelly, slimy hand… and no damp cloth to rinse with. Frank soon returned to his stinky lair, but instead of lying on a towel, he crawled into his much-abused litter box. I pulled onto a little-used exit where Ray handed me a jug of water and paper toweling. He later told me he was shocked to see how bad Frank looked. His paws were soaked with sweat and drool, and had crusted with litter. I did my best to clean him up, but there was nothing more I could do for him. 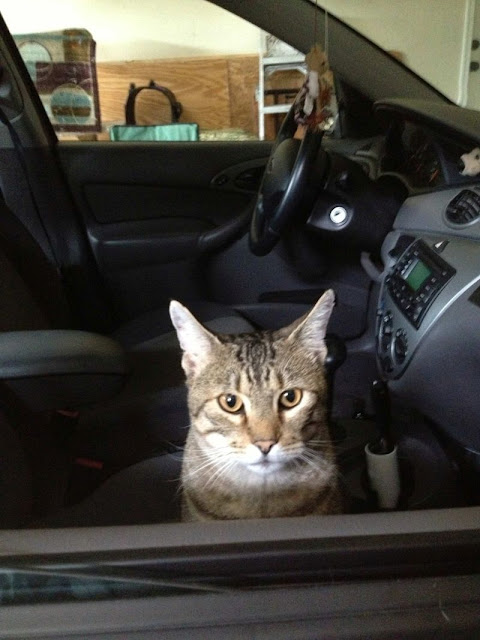 Due to the Chinese Virus hysteria, we stopped only twice for gas and bathroom breaks. Since March Ray and I had been on the road back and forth looking for the right home, and with every trip we risked getting sick. We used copious amounts of sanitizing gel, and Lysoled our shoes. We brought our own food, and avoided touching anything that others had touched. We were freaked, and it heightened the drama that night with umpteen cats in tow, especially when rain came while dodging reckless drivers in Atlanta. At one point Ray’s GPS failed—right in the middle of trying to cross five lanes of hellish traffic—and he had no idea where to go. He had to punch in his business phone’s passcode in order to call me, all the while driving. Talk about scary! It’s easy for a GPS to get confused as the highways cross and crisscross. But my GPS worked, and I took over to lead our tiny caravan for the next few hours.

Relentless storms, driving unfamiliar roads, car problems and three detours stretched a non-stop, twelve-hour drive into sixteen. We were somewhere in the bowels of Georgia, perhaps Macon, when Ray called. Warning lights had come on in our Town and Country. The car is a 2016, but we’d managed to wear out the alternator.

It was at that point that our trip became a Battle of Wills to see who would cave first. Ray and I, or Mother Nature and her evil step-brother, The Odds. 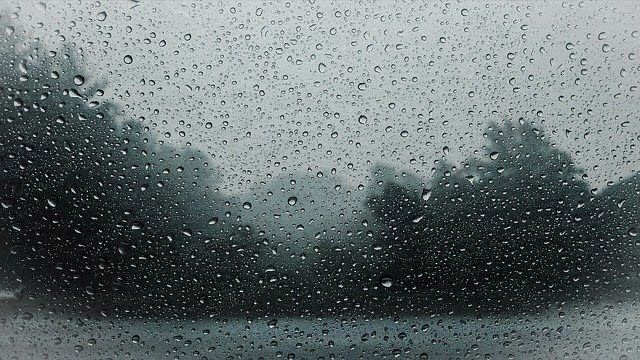 OH MY COD!!!!! What a totally wild cross country adventure, guys we had no idea how intense your journey was, we'll be back for the next installment! XOX

Love this cutie and this lovely story!

What an interesting post! Wish you a happy and healthy 2021!