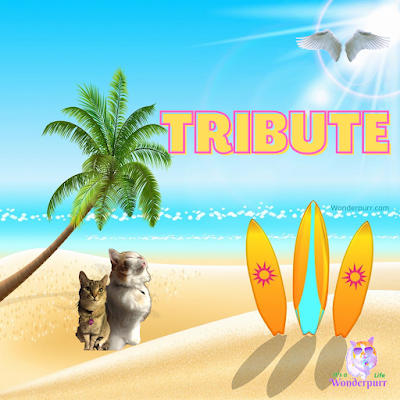 In 2012 I lost my beloved cats, Nicholas and Cookie, to severe mold in the air handlers of my home. Nicholas could not breathe through his nose, only his mouth. His face had swollen due to the severe amount of pus inside his head. I took him to several veterinarians, and none of them could figure out what was wrong. After he was euthanized on February 20, 2012, Cookie also came down with the mysterious illness. I took him to yet another vet. This time she opened his mouth and said we had mold in our home. The vibrant redness inside Cookie's mouth told her that. Regardless, it was too late and on on November 6, 2012, Cookie was euthanized. This is what Nicholas and Cookie looked like twelve months before mold entered our home and took their lives:

Once the veterinarian said MOLD I went into action by calling in a duct cleaning company to scour our air handlers and ducts. They also released live bacteria that would eat the mold. This was a very expensive process and it took all day for our home vents to be disinfected, but there was no choice.

It didn’t occur to me to have our home rechecked until the summer of 2015 when Dori and Peaches both came down with “colds from hell.” I too was suffering from the effect of mold. Turns out I’m highly allergic to it. In 2012 I was continually foggy-brained, and aching in every joint. I wanted to sleep all the time, which is highly unlike me.

The foggy-brained part is what kept me from recognizing my symptoms again in 2015. It took Dori giving an eerily familiar cough that reminded me of Cookie that had me running the girls to the vet, and calling in the same company as in 2012 to check my air handlers.

The mold was back, and this time it was Terminator Mold. It was back, it was badder, and hell bent on destroying everyone in the house. But instead of cleaning like they did in 2012, this time the crew was more investigative as to WHY we had mold. This time they discovered the duct tape around the mains had softened and pulled apart, allowing attic debris into the blowers (I always wondered why I had so damn much dust). They also found the seams were allowing cold air to seep out, creating dampness.

It appears we had won the Mold Lottery.

Mold in the ceiling air ducts. 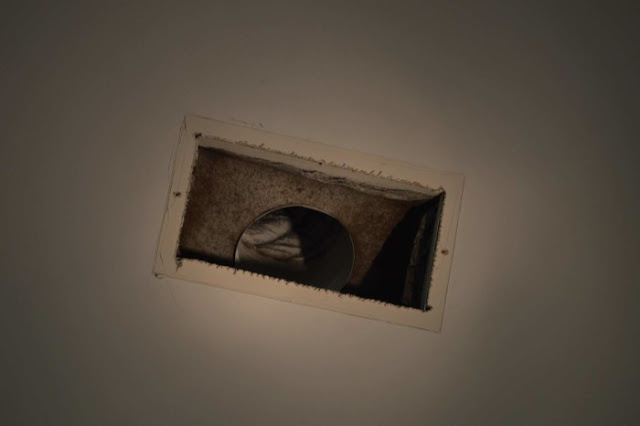 Mold on the insulation wrapping the mains. 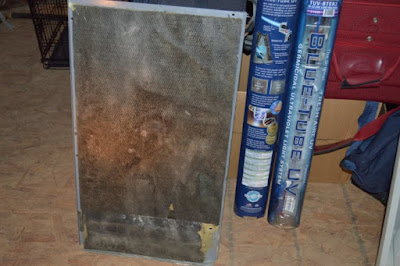 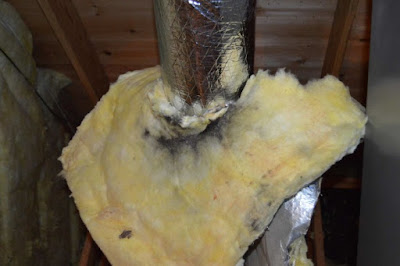 Filters are changed every month. We thought they were dirty. We didn't realize the dirt was mold. 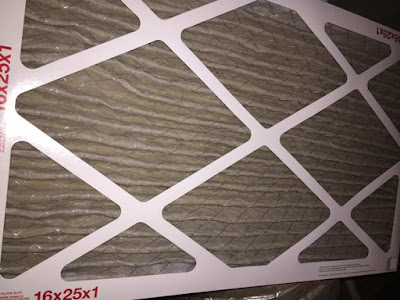 To destroy the mold, the company we called vacuumed every duct . It took hours -- all day in fact -- and was horrifically noisy. But it had to be done. 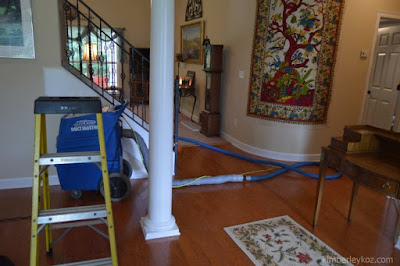 Every duct was also cleaned with a bleach solvent.

Then the mains had to be resealed using duct butter that hardened like plastic. 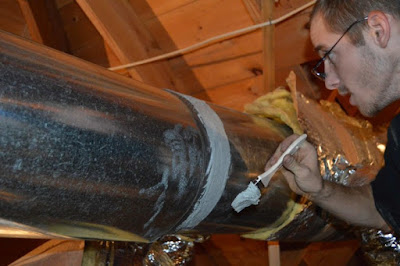 Despite the hot attic temperature, the duct butter will not melt and allow moisture into the ducts. We had two air handlers. In each a UV light was installed. Mold cannot grow under UV lighted conditions. 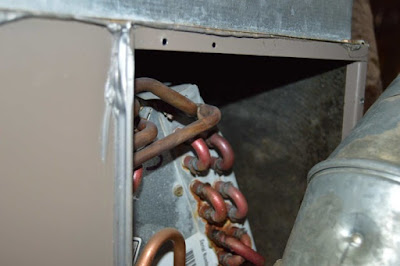 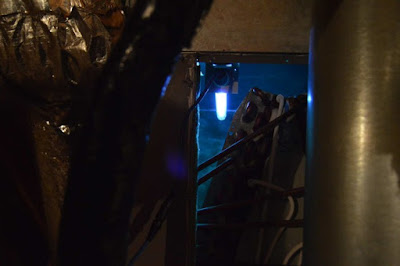 Thankfully, there was a Happy Ending. Peaches and Dori were saved.

Don't think mold can't happen to you. Mold is more rampant than I ever believed possible. Our home was 7 years old when we had mold in 2012. I read that mold is more prevalent in newer homes due to construction rush. Duct tape isn't good enough to seal your air handlers. Make sure its duct butter, and before you buy, have your home inspected. 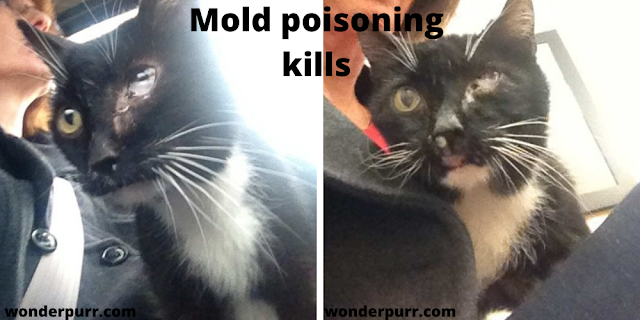 The life you save could be your own. 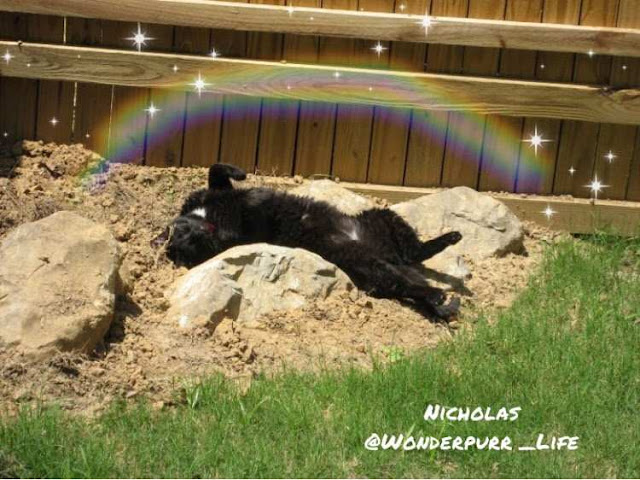 Good information to know. We just had our ducts cleaned and all is well, but you're right about new homes that aren't built right. I'm sorry about the loss of your precious babies. So sad.

Have a fabulous day and week. ♥

That was very informative, scary and sad. Thanks for telling us.

We have ducts that run in our crawlspace and Dad knows they are rusted in spots. He asked a company about installing new ducts and they said to put them in the attic. When we do this next year we will make sure that there tape is permanent and maybe go with the UV and better filters too. Rumpy has bad asthma and I was wondering if that could be a cause. We will be safe with a new unit than be sorry.
Thanks for a good post with something we all should know for health of our cats, dogs and selves!

I am so sorry about Nicholas and Cookie. That is a very important message to get out.

During the summer when the ac is on, our unit smells moldy. We had the ducts cleaned twice in one year and the smell persists. We had a mold company come in with their meters and altho the detected mold, they said it was much less than outside and wasn't dangerous. We still hate the smell. Pop thinks it's inside the walls, which is the condo management's area. Hopefully it doesn't do me in like your babies.

That is really scary! We have air conditioners mounted on the walls with a unit on the roof and connected by a pipe to the part of the unit which is indoors. Could this happen to us?

Kim, this makes our mom so sad to hear about what happened to Nicholas and Cookie. We are very happy the same fate did not befall Peaches and Dori. Thank you so much for this very important post! XOCK, angel Lily Olivia, angel Mauricio, Misty May, Giulietta, angel Fiona, Astrid, Lisbeth, Calista Jo, Cooper Murphy, Sawyer & Kizmet