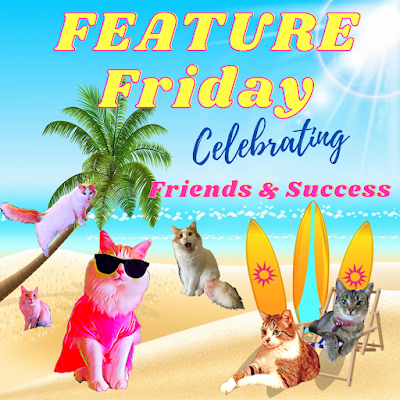 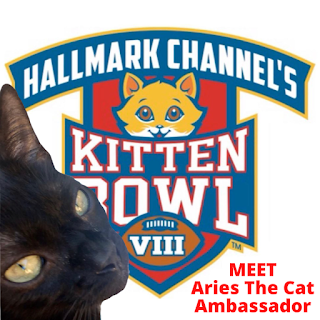 Hi pals, it's me Rabbit, welcoming you to another Feature Friday. Are mew ready for some football?  This Sunday, February 7th, is the Kitten Bowl ... along with some other kind of football game... and my wonderpurr furend Aries, the Cat Ambassador, will be featured in a profile during the Kitten Bowl, on the Hallmark Channel.

In case you don't know Aries, he's a handsome black mancat who uses his disability to bring awareness, not to only black cats, but also to special needs pets. Aries, you see, was born deformed, but not defeated with twisted, hyper-extended rear legs with very tight tendons. However, because he walks without pain, and surgery would surely leave him in life-long pain, the decision was made not to operate. 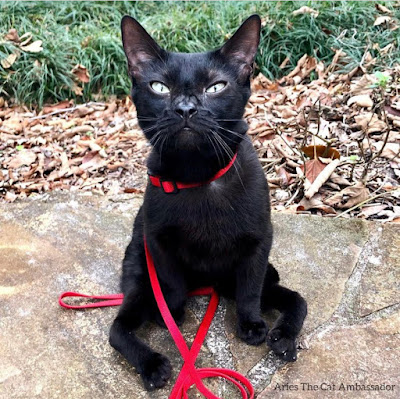 Aries was born to a feral and pregnant 3-legged cat who had been trapped and taken to a rural county shelter. Aries and his siblings were later born that cold day, but there was no heating unit to help the kittens survive. The shelter put out a plea for rescuers, and Aries' future human Mom, Tracy, agreed to turn her spare bedroom into a nursery for Mama Diana, and the babies, all named after Greek gods: Leto, Persephone, Atlas and Aries. 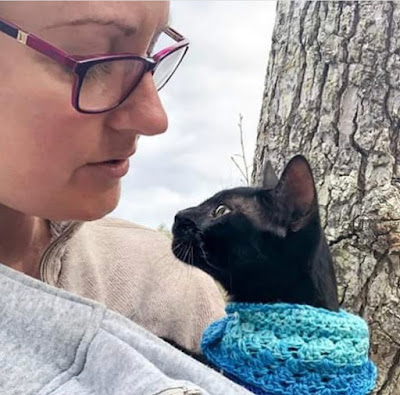 If you want to read his whole, wonderpurr story visit AriesTheCatAmbassador.com.

July 2018 is when Aries received his Instagram account, Aries the Cat Ambassador. Right away Instagrammers could tell he was some kind of wonderpurr. He now has 63,000 followers! 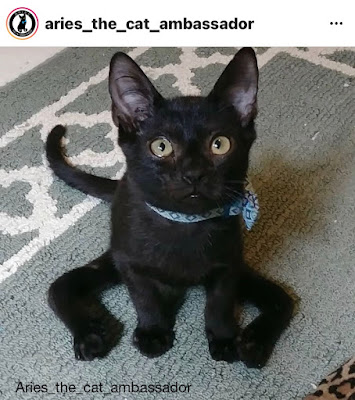 In fact, Aries was among the very first to friend me on Instagram. We actually live an hour apart, but because of Covid, we haven't been able to meet yet. 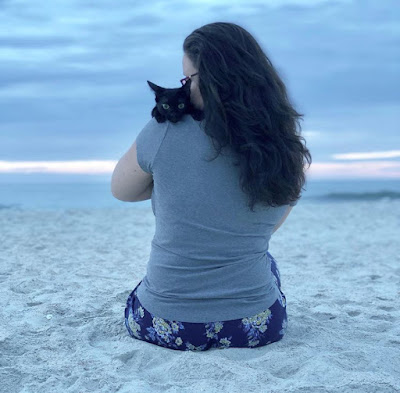 Last April Aries was featured in People Magazine. His mom made him promise not to let his sudden fame to go to his head, but he knew better. He's determined to bring awareness to pet adoption and special needs pets around the world. How does he do this? Why, he travels, mostly to parks around Florida where he meets people who spread the word about this amazing cat they met.

Then... Aries was awarded TOP ANIMAL ADVOCATE by People Magazine for 2020. 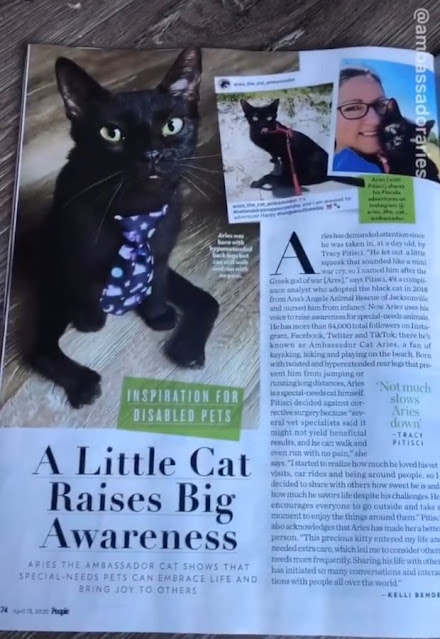 Aries was also featured on The Dodo as a cat who looks like a spider. 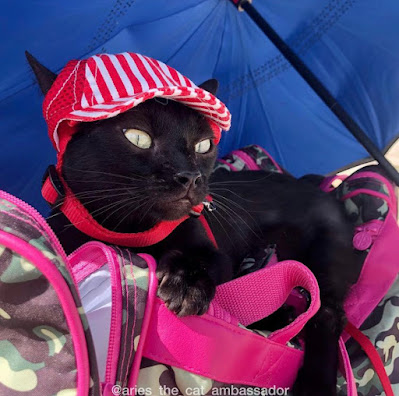 Recently Aries learned he would be profiled during the Kitten Bowl 2021. We are so excited and proud of our furend Aries, and his Mom, Tracy, who not only believed in a life filled with possibilities and adventure for Aries, but who also has adopted Aries' birth momma, Diana, along with a bunch more homeless fursibs, mostly black cats. I also hang out with Aries' polydactyl brofur Jack Demsey on Instagram. 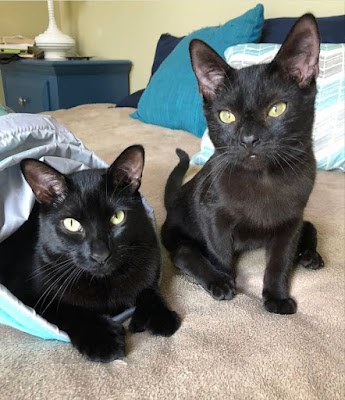 So now that you've met Aries, be sure to watch the Kitten Bowl this Sunday, February 7th on the Hallmark Channel. And follow him on Instagram as well as on Twitter as AmbassadorAries. The more you get to know him, the more you'll realize the benefits of, not only adopting a black cat, but any pet with a disability.

Concatulations, Aries! You are my hero! Love, Rabbit 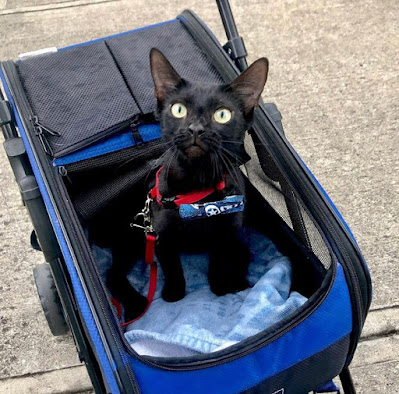 Email ThisBlogThis!Share to TwitterShare to FacebookShare to Pinterest
Labels: Feature Friday, Rescue Me

I hadn't heard of Aries. He is a handsome and remarkable boy.

Aries you and Mom really are super ambassadors for all kitties who maybe specially abled and we will be joining in on your posts help let the world know what love and caring means to us all. See you at the Kitte Bowl Buddy!

Thanks to the whole Wonderpurr crew for getting this news out! Love you all

Thanks so much for the introduction to to a really hero kitty. We will be watching for him during the Kitten Bowl
Purrs

Oh what an amazing cat Aries is AND what a wonderful Mom he has in Miss Tracy. I think animals are SO fabulous in that whatever they have in the way of what humans would call "disabilities", they handle with grace. He will live a wonderful and long life thanks to being rescued and I'm glad his story will be told over and over again. It gives hope and speaks of LOVE.

hugs, Teddy (and Mom too)

I love Aries, he's so cute.