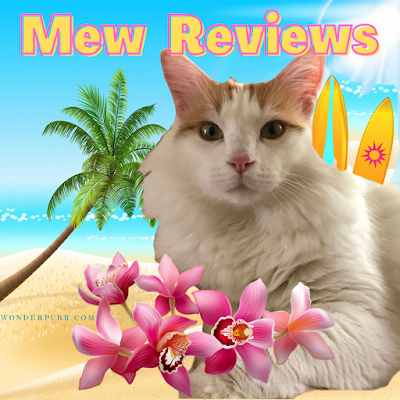 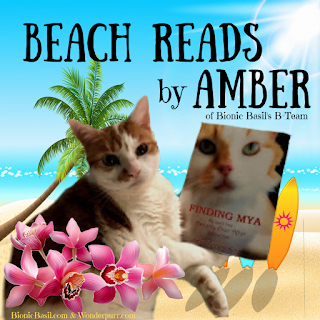 Everyone in the "Know" knows the lovely Amber from Bionic Basil's B-Team does an EPIC job of reviewing books, all with cats in them.

Who doesn't love to read books with cats in them? Especially books where the cat is a major player, and not just a artistic flourish on the cover of a mystery novel.

We at Wonderpurr.com invited Amber to host our BEACH READS feature, and joyfully she meow'd "Yes!" If you care to read all of Amber's book reviews, please paw her photo to the left.

For our BEACH READS selection, the featured novels will be listed below. Please paw the link to the corresponding novel to enjoy Amber's recommendation for your reading enjoyment, any time of the year.

Seriously! If it's cold, rainy or blizzardly, why not spread a blanket under a lamp, grab a cool drink and put on sunglasses while you enjoy a great read. 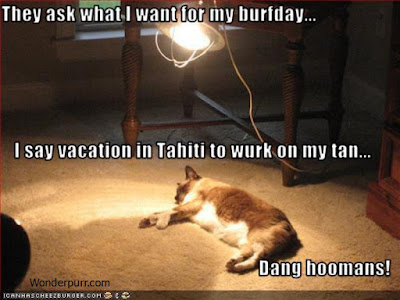 To start this new feature off, we modestly suggest you take note of Amber's recommendations for the novels by Kimberley Koz as follows: 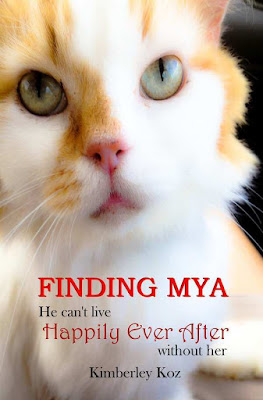 AMBER SAYS... I'm delighted to finally review FINDING MYA.  So what did I think, I thought it was freakin marvellous.  There were many times when I had leaky eyes and I was feeling Herms stress, but I knew deep down that it would all end up ok... and that made me read faster and faster!  But mew know I hate to give spoilers, so I'll say this; it's a lovely, well thought out story with so many wonderpurr characters along the way.  There are a couple of bitter-sweet moments, but mew know effury big adventure needs those moments to make the joyous ones even better.
I have to mention the totally adorable illustrations, they are gorgeously cute and really made me smile.
If mew're a fan of Herms, and mew haven't read it, then I think mew really need to get a copy as soon as pawsible!. CLICK HERE TO READ MORE REVIEW.
BOOK BLURB: Eight-year-old Mya has a magical relationship with her grandma's foster kitten, Herman. They talk to each other. Not with words. With tickle thoughts! It’s love at first sight, and they plan to live Happily Ever After. Then the worst happens. Mya's vacation ends, and Herman is given to a woman whose dog treats cats like chew toys. He escapes danger, but the road to finding Mya is scary and tough. She promised to leave picture-maps along the way to her home. All Herman has to do is follow them and he will live Happily Ever After in the safety of Mya’s arms. It's a wonderful plan. Too bad it goes wrong right from the start.
SHERLOCK HERMS PURRANORMAL MYSTERIES -- THE CASE OF THE DANCING GHOSTS by Kimberley Koz 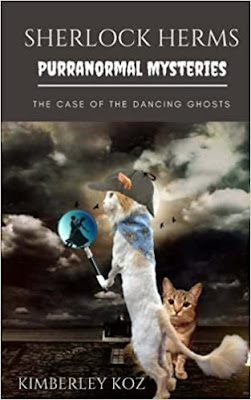 AMBER SAYS..."Guys mew know on last weeks post I said of the book I reviewed; the lack of kitty action did displease me somewhat.  This week there was sooooooo much kitty action it was unbelievable, and when I say mew need to read this, read it, mew will luff it.
It's got angst, action, a great plot and so much going on that mew can't not luff it.
Herm's is a hard-boiled detective with grit in his blood and his sisfur Dori is the comic relief throughout. it's a highly entertaining read, and if mew're short on time it can be read in no time.  Plus mew can go back and read it again as like me, when mew find something as fun as this, it definitely needs a second and third read fur sure." CLICK HERE TO READ MORE REVIEW.
BOOK BLURB:
My name is Sherlock Herms. It is my business to know what others don’t know. At least that’s what I hoped for once I got my paws wet as a private investigator. It was my first day on the job. The Wonderpurr Detective Agency had been open for business all of twenty minutes, but my phone hadn’t rung once. I flicked my floofy tail with impatience. How long would I have to wait before someone hired me to solve a caper?
It all began when my author mom and I watched a documentary on famous detectives. She had decided to write mysteries. That made me nervous. I’m her mews, you see. I inspire her when she writes novels. But how could I inspire her when I know nothing about solving mysteries? If I fell down on the job, she might ask my arch-nemesis to be her mews. He’s a chunky orange tabby named Opie. He’s also my brother.
With that in mind I paid close attention to the documentary. My favorites were Spade and Marlowe for their hardboiled detective lingo, and Sherlock Holmes for his use of logical reason to solve cases. Plus I liked his hat. Mom had just published two books in one year and was taking a much-needed break to grow more brain cells. I needed experience solving capers. Now. Before she started plotting her first mystery.
But what if no one hired me? Ever! I’d be a washed-up has-been before the sun set on my first day as a hardboiled detective. I’d also be out of a job as a professional mews.
When Sherlock Herms' first client hires him o solve a mystery in another town, he isn’t allowed to leave the backyard. No problem. Using a kitty play tunnel as a magical portal, Herman and his little sister Dori travel out of their yard—and out of this century—to take on their first big caper.
Email ThisBlogThis!Share to TwitterShare to FacebookShare to Pinterest
Labels: Mew Reviews