Basket Case: Who Wore It Best

Hi evfurrybuddy! It's Tuesdays again, and I'm Dori. *wavy paws* By now yoo probably know all about how my brofur Wabbit is hosting a contest called The Golden AssRabbit Awards. It's designed for naughty furs who frustrate their hoomons.

Lately I've tried to be naughty so I can enter the contest, but Wabbit says NO. I can't enter, and neither can any of my other fursibs. He's such an AssWabbit!

So I decided to have my own contest. Below are some of my sibs who have enjoyed a pawtikular basket on our kitchen counter over the past year. Because they were all so envious when I got featured on the cover of MEOW magazine, courtesy of the talented Nai Salter, meowmy to Jazzy Jazz and the Furry Bunch, I decided to make them each the cover meowdel of their own magazine while sitting in the basket. 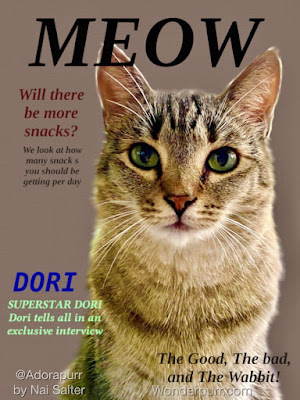 In the comment section, vote for which of my fursibs meowdeled the basket best. They aren't going to win anything, but Momma sez she will make sure the winner gets an extra treat at bedtime.

Also, I've included my brofur Wabbit in the covers... just to show him what he could have won if he had allowed me to pawtissypate in his Golden AssRabbit Awards contest. Yoo can't vote for him. I just won't allow it.

So here are my fursibs on the covers of their very own magazines. Which do you think deserves the extra bedtime treat? 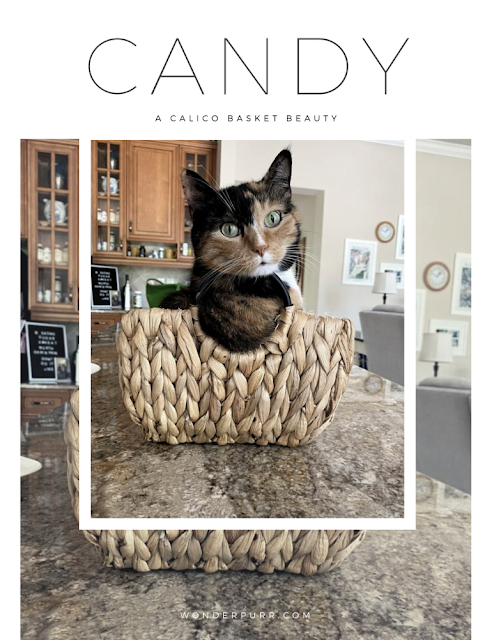 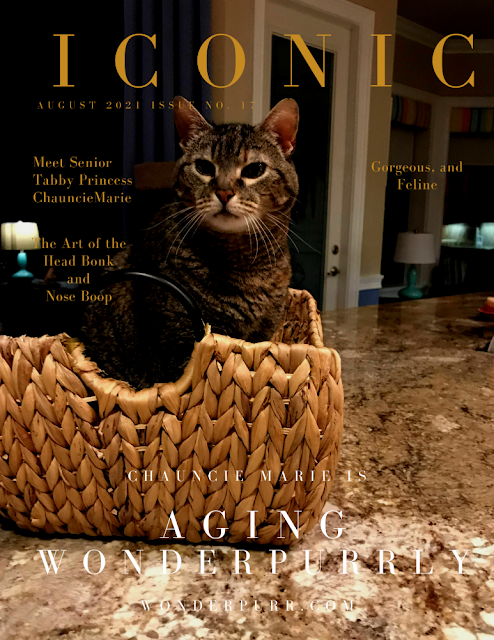 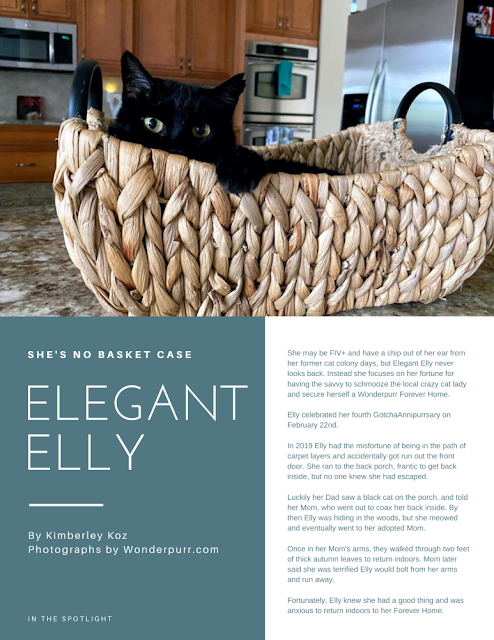 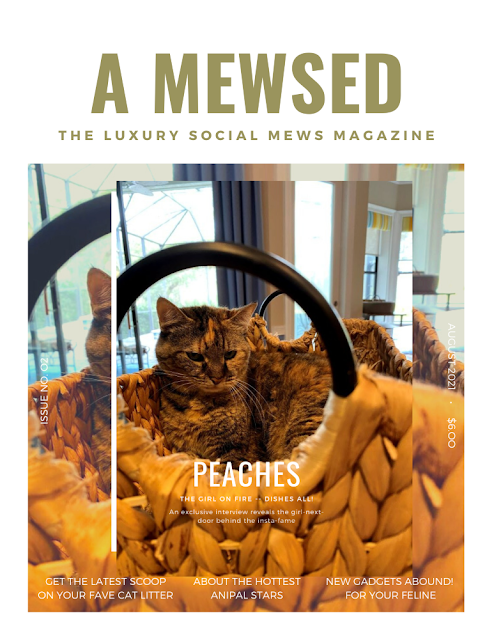 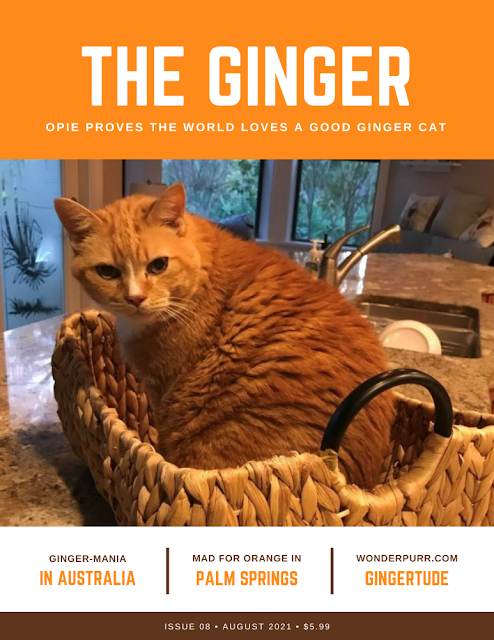 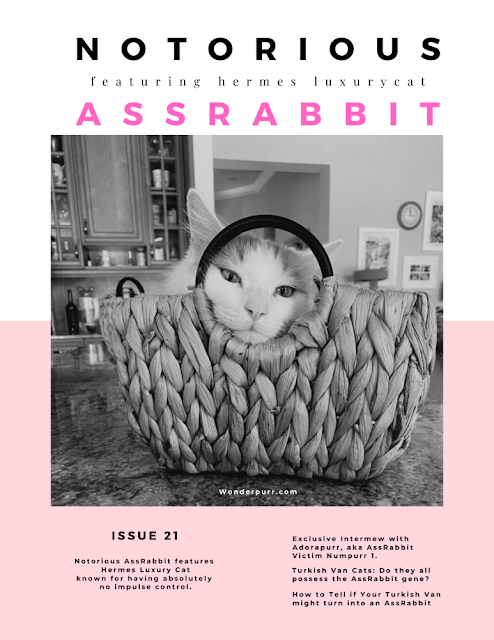 Too bad Wabbit has been disqualified because of his selfish behavior.
Anyway! Vote in the comments which of my fur sibs made for a wonderpurr cover meowdel. Thanks so much, furends.
Until Next Time...

Y'all are such a basket full of cute!

We have all voted and after some loud meowing we are going with, Candy! The Caterwauling was that we felt she had the best lighting for her shot and maybe Chauncie Marie should have won or maybe Opie. We of course didn't vote for that Ass Rabbit...
Rumpy: "ME! I Did! Rabbit was the clear winner! Opie? He is just another orange blob while Rabbit is such a handsome cat with the best behav..."
Miss Fitz: "Rumpy! Hush! Not another meow!"
Anyhoo we think they ALL deserve a bit of extra treat for being such good sports.
Fun post friends we love you all!
Angel Timmy and Family, even Rumpy Bump

Elegant Elly is my favorite and it was hard to pick a favorite.

It's hard to decide but we're choosing Elly. We had a sweet Ellie kitty and your Elly looks very very mysterious and sultry in that basket!!!

Those are all SO sweet! Its hard to decide, but I think I like Candy's pose in the basket the best.
I have some pics of Angels Pipo & Minko in a basket, the basket was from our wedding, way back in 1987...and several kitties have made use of it!! LOL!

I think baskets are related to boxes, right??!

We are three cats here and ... of course everypawdy has a different favorite. Obviously (not so little anymore) Eliot jr. (formerly known as Baby Ginger) chose Opie, because all Gingers stick together. Little sisfur Emma like Candy the best because she is a calico cat like herself. I'd choose Peaches as cover star of A Mewsed, because ...well, I just LOVE the magazine! Kitty kisses from Lani

They all look lovely, but my vote goes to Candy.